About MEI > Who we are > History

In the early 1960s, there was considerable interest in proposals to ‘modernise’ school maths. At the time B. T. (Bertie) Bellis was head of the Mathematics Department at Highgate School, in North London. He had begun to question whether his sixth form mathematicians were being well served by the current syllabus – bearing in mind that not all of them were likely to go on to read maths as a university subject. Equally, he had reservations about some of the proposed changes. He felt any changes should be informed by investigating the needs of those who would go on to use their maths in other academic disciplines and in industry, commerce and the professions.

In 1962, when he had the prospect of a Schoolmaster Fellowship in Oxford in the following year, Bellis started a detailed investigation. He spent the summer holiday of 1962 with BP, based at its head office in London. He was able to gather a great deal of detailed information on which to base his work as ‘Schoolmaster Student’ at Balliol College during the Hilary term of 1963.

Bellis decided to try to contact others in London with similar interests. This led to the formation of the North London Schools Project in which initially Harrow, Latymer Upper and University College School joined with Highgate. The group met regularly at Highgate School. Members visited various companies and organisations, as well as university departments, providing reports for circulation within the group.

The name ‘Mathematics in Education and Industry’ made its first appearance in 1961 as the title of a major conference sponsored by BP, in conjunction with the Schools and Industry committee of the Mathematical Association and chaired by Theodore Combridge, the President of the Mathematical Association. BP was represented by Steven Mullaly. When, later, Bellis prepared a report on his work for the Schools and Industry committee, both Combridge and Mullaly gave the ‘North London Schools Project’ their wholehearted approval, which led to it being adopted as ‘The Mathematics in Education and Industry Schools Project’ – soon to be known simply as MEI.

Steven Mullaly gave unstinting encouragement to the Project in its early days, arranging for funding from BP to be made available to Highgate School, so that Bellis could spend half his time as Director of MEI.

At this stage, schools outside the original North London Group started to express an interest in MEI and so the organisation began to grow.

Naturally, members of the MEI group wished to see their experiences reflected in their teaching, and it was agreed that it was most appropriate to make changes, first, in the Additional Mathematics syllabus at O level. This led to the question of examinations. Fortunately, all the schools involved used the Oxford and Cambridge Joint Board, and, at a meeting in Cambridge, examiners readily agreed to the proposal for an MEI Additional Mathematics paper at O level. This would include questions related to probability, statistics, and computing – all new at this level.

At about this time, the group was in contact with Geoffrey Matthews, then head of department at St Dunstan’s School. St Dunstan’s was proposing changes for the syllabus up to O level, so this fitted neatly with the work at MEI. It made sense, therefore, for MEI to concentrate on Additional Mathematics and sixth form work. This cooperation was later formalised, and for several years O level papers carried the heading MEI (St Dunstan’s).

The first MEI Additional Mathematics examination was held in the summer of 1965.

Bellis was appointed headmaster of an Edinburgh school in September 1965 and Stuart Parsonson from Harrow School took over as Director of MEI. The group continued to meet regularly in Highgate, though less formally, at The Wrestlers public house.

The examinations for the new project continued to be provided by the Oxford and Cambridge Schools Examination Board and candidate numbers grew steadily, if not dramatically. By the early 1980s there were about 100 member schools taking some or all of the MEI examinations; there were approaching 2000 candidates at A level and about 5000 at O level. The early syllabuses were highly innovative. They were, for example, the first to include probability at A level.

Innovation continued, often based on ideas from working teachers. One such was the suggestion, made by Peter Bossom, at that time a member of the maths department at Monkton Combe School, that we should develop a modular A level. This led to the introduction in 1990 of MEI Structured Mathematics. The committee that developed this syllabus was chaired by Roger Porkess (until then head of maths at Denstone College) who then started working full time for MEI to oversee its implementation.

This syllabus altered the scale and scope of MEI. Candidate numbers increased by a factor of about ten and this necessitated a permanent office and full-time staff. For the first time textbooks, a series by Hodder and Stoughton, were published to support an MEI course. Teacher professional development for those teaching the MEI modular A level was provided on a regular basis.

The introduction of MEI Structured Mathematics also brought about a change in MEI’s membership. Until then most of the schools in MEI had been independent; these were now joined by large numbers of maintained schools and colleges of Further Education. These new institutions brought with them a greater variety of students and this led to broadening of MEI’s work, for example providing materials for Key Skills and addressing the needs of students on GNVQ courses.

In 2009, the Further Mathematics Network was replaced by the Further Mathematics Support Programme (FMSP) and MEI won the competitive tender to run it. This programme also operated across England but had a wider brief, including teachers’ professional development for AS/A level Mathematics and Further Mathematics, and information, advice and guidance, as well as providing student tuition. In 2013 The Department for Education (DfE) announced that it would provide MEI with substantially enhanced funding for a further three years to continue and extend the work of the FMSP, working with the National Centre for Excellence in the Teaching of Mathematics (NCETM) and the Institute of Education (IoE).

In 2018, the programme was replaced by the Advanced Mathematics Support Programme (AMSP) with continuing funding from the DfE. Again, MEI won a competitive tender to run the new programme. The AMSP is led my MEI, with Tribal as a key partner.

The highly successful Teaching Advanced Mathematics (TAM) programme started in September 2003 with a pilot programme funded by the Gatsby Charitable Foundation. TAM is designed to support those teaching maths up to GCSE and, in a sustained part-time course, provides them with the subject knowledge and pedagogy to teach A level Mathematics with confidence.

The first 20 teachers enrolled in June 2004 on a course that was delivered by a partnership between MEI and the University of Warwick. Since then, over 2000 teachers have completed the course, and MEI has partnered with nine universities.

These programmes have all been made available to maths teachers nationally, TGM through MEI directly, and the A level programmes through the FMSP and AMSP.

In 2010 the resources were re-branded as ‘Integral’. Since then, they’ve gone from strength to strength, with usage increasing year-on-year, both to support students’ study of AS and A level Mathematics and Further Mathematics and to host further resources and professional development materials for teachers.

MEI was concerned that there was a significant gap in the UK’s post-16 education system, which meant that the large majority of students achieving a level 2 pass in GCSE Mathematics by age 16 were then dropping the study of maths completely post-16. A suitable curriculum was needed to meet the needs of those students who achieve a level 2 pass at GCSE Mathematics, but who do not aspire to higher education or a career in maths or a strongly maths-related field, and so do not need or wish to study AS/A level Mathematics. The curriculum would need to build from GCSE Mathematics and develop students’ ability to understand and use the maths and statistics needed to support a wide range of academic disciplines and careers, and to be an effective citizen in an increasingly maths and data-driven world.

In 2011 MEI started development work, funded by the Clothworkers’ Foundation, on how to apply maths and statistics across the curriculum at level 3. This Integrating Mathematical Problem Solving project led to an MEI report in 2012, and then to further MEI work, funded by the DfE, to develop an outline ‘Critical Maths’ Curriculum.

This work then contributed to the development of Core Maths, a new type of level 3 maths qualification, which was first examined in 2016.

From 2018, support for schools and colleges to offer Core Maths qualifications was incorporated into the work of the Advanced Mathematics Support Programme.

In 2013, as part of MEI’s work to support maths education at all levels, MEI’s Chief Executive, Charlie Stripp, took on the role as Director of the government-funded National Centre for Excellence in the Teaching of Mathematics (NCETM). The role is half-time, enabling him to continue to lead the development of all MEI’s work to improve maths education. Other senior members of MEI’s staff are also involved in the leadership of the NCETM. The NCETM contract is held by Tribal, with MEI as a key partner. Involvement in the leadership of the NCETM greatly expanded MEI’s influence on maths education across Key Stages 1 to 4, from the start of primary school through to GCSE.

In 2014, Charlie Stripp visited Shanghai as part of a DfE-funded trip to find out how maths is taught in China (Shanghai was leading international comparisons of maths education). Following this visit, the NCETM began the development of its Teaching for Mastery programmes for primary and secondary school maths teaching. The NCETM’s Teaching for Mastery approach is informed by the way maths is taught in Shanghai, which is fully consistent with MEI’s maths education principles, emphasising the development of a deep understanding of maths and the connections between different aspects of the maths curriculum. The Teaching for Mastery programmes are led by the NCETM and delivered through the Maths Hubs.

The programme provides national support for teachers and students in state-funded schools and colleges in England. Additional support is offered in areas of low social mobility so that, whatever their gender, background or location, students can choose their best post-16 maths pathway and have access to high quality teaching.

MEI continues its work in the leadership and delivery of both the AMSP and the NCETM. At the time of writing (August 2021), the AMSP is providing professional development to more teachers of AS and A level Mathematics, AS and A level Further Mathematics and Core Maths than ever before, and over 9,000 primary schools (more than 50% of the total) and more than 1200 secondary schools (more than 35% of the total) have taken part in the NCETM’s Teaching for Mastery programmes.

MEI reacted rapidly to the Covid crisis, moving its work online and developing extensive online provision to enable the AMSP and NCETM to continue their national work to support maths education. Both programmes have adapted their work to do all they can to help young people’s maths education to recover from the disruption caused by the pandemic.

Alongside these areas we continue to work on a range of innovative development projects. 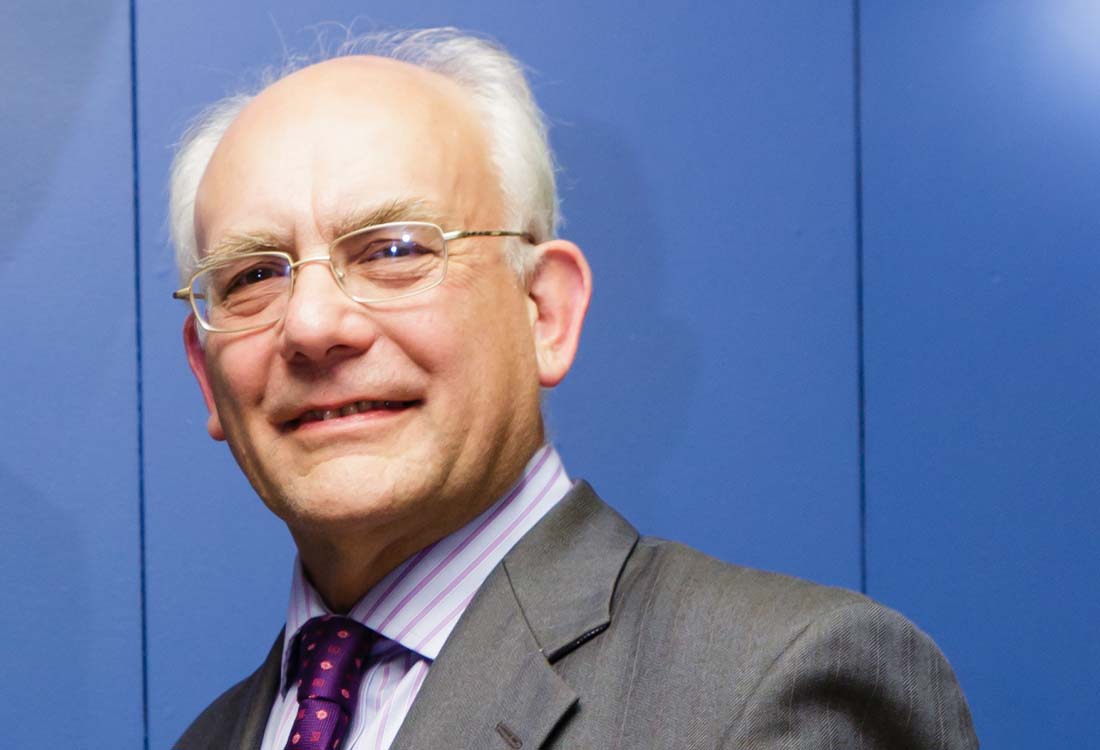 Roger Porkess was MEI’s first Chief Executive. He retired in 2010 having held the position for 20 years. Roger had seen MEI grow from an organisation with no staff, to one with over 20 members of staff, almost all of them working full-time for MEI. Under Roger’s leadership, MEI became a much more significant contributor to maths education at a national level. 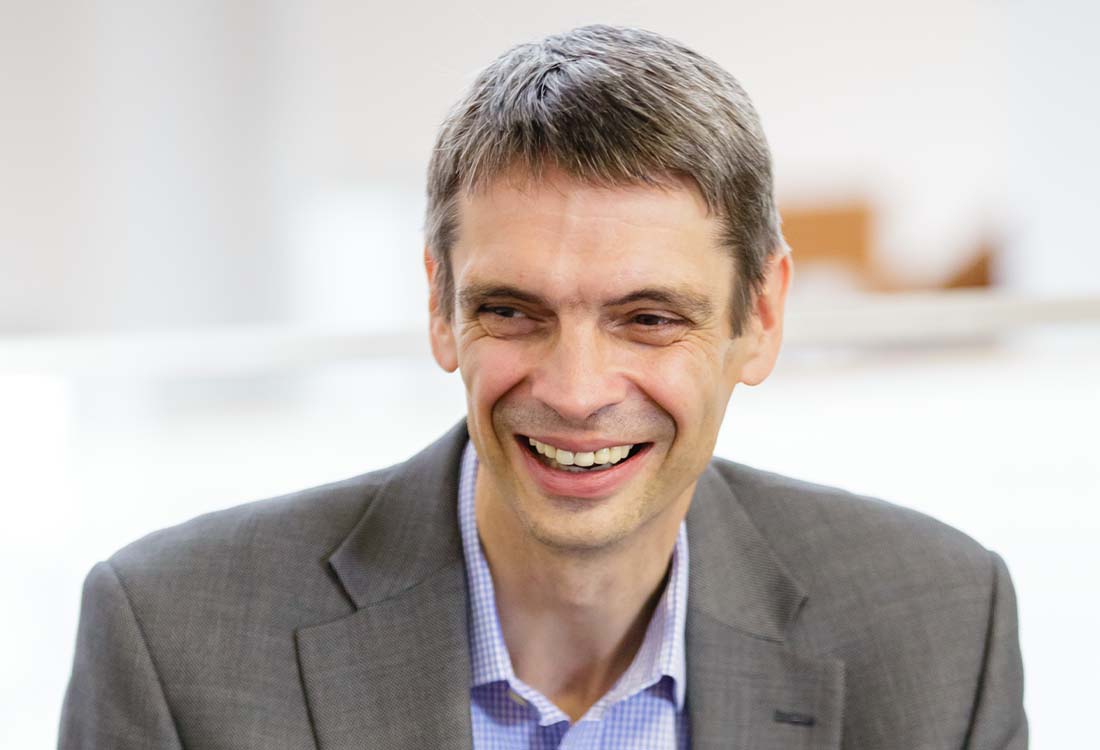 Roger was succeeded as Chief Executive by Charlie Stripp in September 2010. In 2013 Charlie Stripp took up the post of Director of the NCETM as part of MEI’s work to support improvements in maths education at all levels, from the start of primary school to age 18. He was awarded an MBE for services to education in 2015.