About MEI > Who we are > Trustees 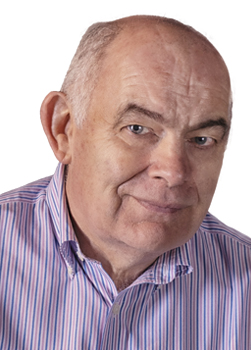 Peter became an MEI Trustee in January 2021. He has served as a trustee for a number of charities over a 25 year period.

Peter is retired, having spent a long career in the Insurance and Risk Management sector. He has operated at Managing Director level for the UK business of a major global consultancy firm.

Peter holds post graduate qualifications in management and marketing, alongside a Master’s degree from the University of Portsmouth Business School. 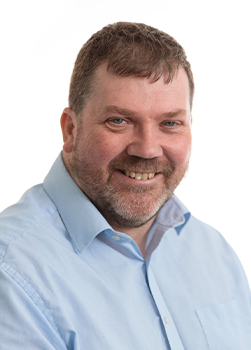 David has been a trustee of MEI since March 2018. He is Chair of the Curriculum Committee and a member of the Contracts Committee and Finance, Audit and Risk Committee.

David has an undergraduate degree in Mathematics and Economics, a masters in Economics and a PhD in Combinatorics. in 1992, following two years as a lecturer in Statistics and Operational Research at the University of Essex he moved to Keele University to take up a lectureship in Pure Mathematics. He stayed at Keele until taking early retirement in June 2020.

David’s involvement with MEI began in 2006 when he set up and managed the Keele Further Maths Centre as part of the Further Mathematics Network. He has contributed numerous sessions at the MEI Conference including a plenary in 2015.

David continues to be active in maths education at a local and national level. He is a member of the Stoke Mathematics Excellence Partnership, an assessment specialist for Cambridge Assessment and a textbook author. 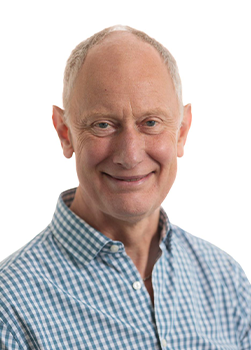 Richard Browne has been an MEI Trustee since 2017. He is a member of the Finance, Audit and Risk Committee, the Remuneration Committee, and the Board Recruitment and Development Committee. He is also a member of the Task and Finish Group reviewing board governance.

Richard taught secondary maths for 12 years until 1989, when he joined the School Examinations and Assessment Council, which later became SCAA and QCA. He was responsible for maths qualifications and assessment, and from 1993 the maths National Curriculum. In 2006 he joined MEI, where he worked for 10 years, latterly as its Company Secretary. He was a member of the Advisory Committee on Mathematics Education between 2012 and 2015. 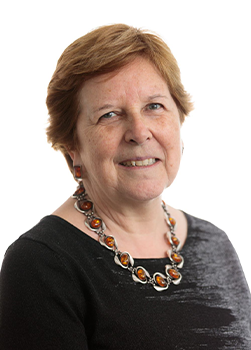 Vivienne has been an MEI Trustee since January 2019. She is a member of the Finance, Audit and Risk Committee, where she leads the audit; the Remuneration Committee; and she chairs the Task and Finish Group on governance.

Vivienne is a retired Civil Servant. She spent her early career in the Home Office, and later had leadership roles in Police IT; the Health and Safety Executive; and the Office of Fair Trading, where she was Chief Executive on closure. She specialised in finance, and has an accountancy qualification.

She is now on the board of several charities, and is a member of a police audit committee. She chairs the Henry Smith Charity. She has a longstanding interest in education, and has been a school governor for many years. She currently chairs the governing body for a special school and college. 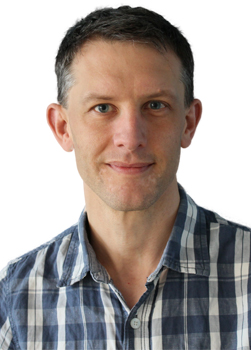 Tim became an MEI trustee in August 2021. He is a link trustee for Teacher Support.

Tim’s work in mathematics education involves use of design research methods to develop tools and resources for the teaching and learning of mathematics. His work also has a focus on the communication of research to teachers and on translational research in education. Some of this work uses participatory design methods with teachers, where Tim works with teachers over a period of time to develop their own interventions on the basis of educational research. 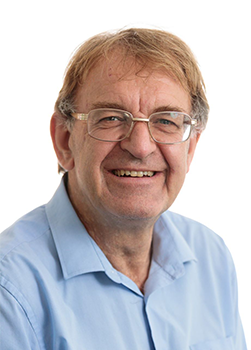 Steven has been a trustee at MEI since September 2017. He serves on the Board Recruitment and Development Committee and the Contracts Committee. He also leads on safeguarding for the board.

He has recently retired as Executive Headteacher and CEO of Salterns Academy Trust, a small multi-academy trust based in Portsmouth, following a 40-year career in education.

Salterns Trust is also the education partner for the exciting UTC Portsmouth, a specialist 14-19 engineering college: Steven is a founding member and sits on the board.

Steven is also the Senior Lead for the Solent Maths Hub, and sits on the boards of the Portsmouth Education Partnership, of which he is currently Chair, and “Shaping Portsmouth”, an alliance of businesses wishing to make a difference in the city. He is an accredited trainer for the Institute of Education and has worked as a coach and mentor for the National College of Teaching and Leadership.

Encouraging as many youngsters as possible to fulfil their potential remains his passion. 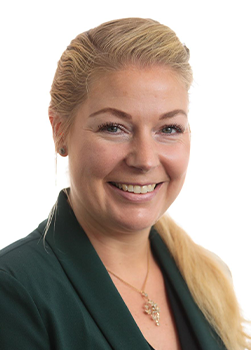 Jade has been a trustee at MEI since September 2019. She is the Link Trustee for the Raising Participation strand.

Jade is Vice Principal at Exeter College, an FE College in the South West with extensive sixth form provision as well as vocational education. Before her current position, she headed the academic provision at the college, overseeing A level and IB provision. Prior to joining, Jade worked in secondary schools as a teacher and then head of department for History and Politics.

Jade’s interest in maths education stems from a passion for social mobility and equality of opportunity for all learners. Whilst teaching and living in an area with selective schools, Jade led a project to help primary school learners from disadvantaged backgrounds become confident and familiar with verbal reasoning and mathematical questions on the 11+. In her current college setting, Jade is keen to ensure that FE learners on various courses and levels benefit from maths teaching that inspires them and gives them confidence regardless of their prior achievement level. 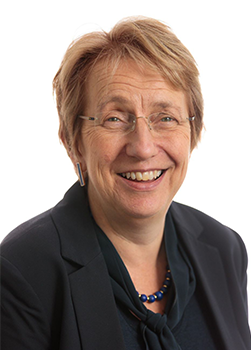 Vicky Pope has been Chair of MEI since September 2019. She is also on the Contracts, Remuneration, Board Recruitment and Development committees and a Task and Finish Group reviewing board governance.

She had a long and varied career in the Met Office and worked for many years on climate change. She led the development of some of the best climate models in the world and later ran the Met Office Hadley Centre Climate Programme, acting as the interface between scientists and government and other key stakeholders including the media. Her last role was Head of Science and Technology Futures and member of the Met Office Government Services Senior Management Board.

Vicky is now an honorary Professor at the Science Technology Engineering and Public Policy Institute at University College London and is developing a portfolio career as a non-executive director and consultant. She is an independent member of one of the Boards supporting Welsh government. She is also a Trustee of BRE Trust (Building Research Establishment), the Devon Wildlife Trust and In2ScienceUK. She is a member of the ERSRC Science Advisory Team for Mathematics. Vicky is also joint Editor in Chief of Climate Resilience and Sustainability.

Vicky is passionate about enabling informed choices to be made about the future of the environment and sees improved literacy in science and maths as being central to this. 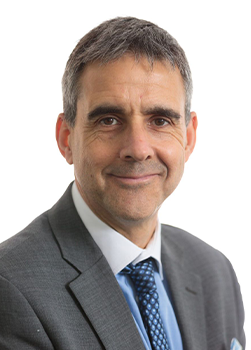 Prior to joining UKEF, Richard worked primarily in the private sector in London, Paris and New York. This covered extensive spells at Credit Suisse where he was Managing Director, Risk Management and subsequently, Moody’s Corporation where he was Global Head of New Ratings. Richard also spent time at NatWest, GE Capital and most recently ANZ Banking Group, largely in client facing roles.

Richard has a BA (Honours) from Durham University, a linguistics diploma from the University of Strasbourd and is both an Associate and Tutor of the Chartered Institute of Bankers.

He is currently Finance Trustee at MEI where he is also Chair of the Finance and Risk Committee. He is passionate about making maths accessible to young people, having spent time teaching maths at schools in Tower Hamlets. His previous experience of being a non-executive director was most recently at the Institute of Export and International Trade.

He is married with three children; a cricket fanatic, having supported Surrey CCC for over 30 years; and lives in Blackheath, South East London. 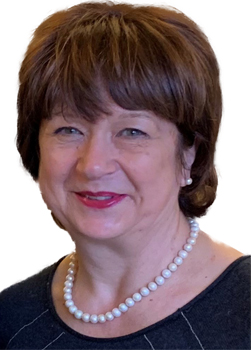 Serena has served as an MEI Trustee since May 2020. She chairs the Contracts Committee, sits on the MEI/Tribal Management Board, attends the Finance, Audit and Risk Committee meetings and is link Trustee for GDPR and cybersecurity.

Serena is a lawyer specialising in technology and innovation. Until May 2020 she was a partner in a City law firm. She is profoundly committed to the view that developments in the use of technology and artificial intelligence make understanding maths essential for full participation in society.

She has worked with universities, colleges and providers of adult education in many different settings. She strongly supports the provision of lifelong learning, in particular in maths and science where the UK’s literacy rates are less competitive internationally than is good for the economy. 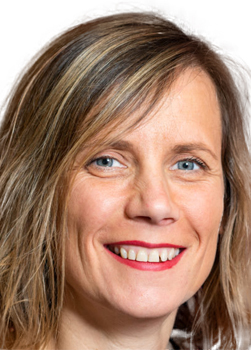 Lowri has served as an MEI Trustee since December 2019. She chairs the Board Recruitment and Development Committee and the Remuneration Committee, and is the Link Trustee for Human Resources and Development.

Lowri is the Head of Human Resources and Inclusion for the Welsh Parliament, based in Cardiff Bay, and has previously worked across the Health Service, local government and the Audit Commission. As well as being a trustee at MEI, Lowri is also the Chair of Governors at her local welsh language primary school.

At home, Lowri is the mam of two young boys, an active runner of sorts, and likes nothing more than reading a good book on an empty beach.