The Critical Maths project aimed to build on the ideas of Professor Sir Timothy Gowers to develop a suitable mathematics-based curriculum for post-16 students who had succeeded at GCSE but were not intending to take A level Mathematics.

Research published by the Nuffield Foundation in 2010 showed that levels of participation in maths education post-16 in England were significantly lower than in other developed countries, and reports from the Advisory Committee for Mathematics Education in 2011 highlighted the need for more young people to learn maths to a higher level in order to meet the needs of industry and higher education.

To increase the level of participation, a new curriculum was needed, suitable for students who have achieved a standard pass in GCSE Mathematics.

The DfE funded MEI to investigate how Professor Sir Timothy Gowers’s ideas might inform a curriculum that could become the basis of a new course for students who do not currently study maths post-16.

Our work included the following aspects: 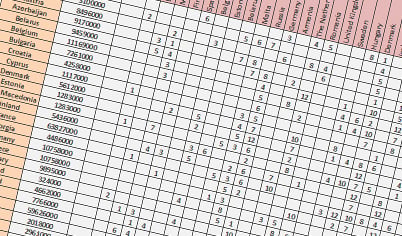 Access to the classroom-trialled resources produced through this work is available through a guest-login to Integral resources:

“The main point is one I’ve basically made already: the discussions should start from the real-life problem rather than starting from the mathematics. Pupils should not feel that the question is an excuse to force some mathematics on them: they should be interested in the question and should feel the need for the mathematics, the need arising because one can give much better answers if one models the situation mathematically and analyses the model.”